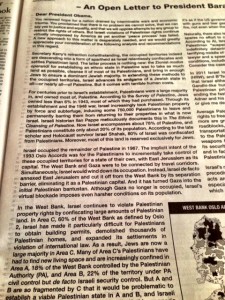 One thought on “Jewish Groups Call for End to U.S. Military Aid to Israel”